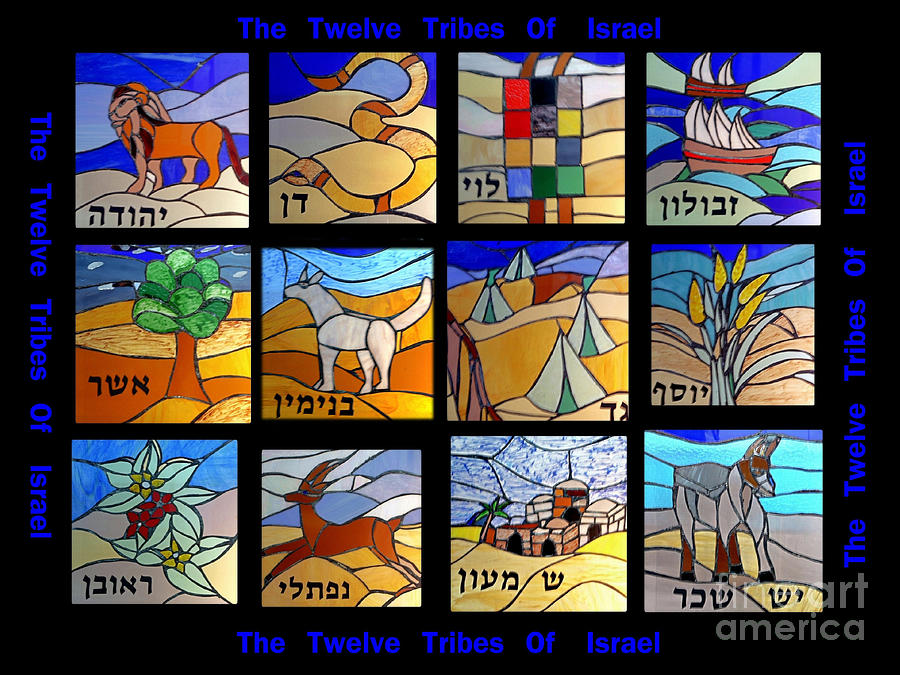 The twelve Tribs of Isral

The twelve Tribs of Isral

A collage of the Twelve Tribes of Israel depicted in stained glass. An Israelite is a member of the Twelve Tribes of Israel, descended from the twelve sons of the Biblical patriarch Jacob who was renamed Israel by God in the book of Genesis, 32:28. The Israelites were a group of Hebrews, as described in the Hebrew Bible. According to the Hebrew Bible, the Israelites were the descendants of the children of Jacob, later known as Israel. His twelve male children were Reuben, Simeon, Levi, Judah, Issachar, Zebulun, Dan, Gad, Naphtali, Asher, Joseph, and Benjamin. Twelve tribes of Israel are listed in the Tanakh (Hebrew Bible, Old Testament).

Excellent work. Excellent design and implementation of idea of 12 tribes.

Tomi, This is outstanding work! I also enjoyed reading the description. My grand-nephew's name is Jacob. I will return again to your site on FAA when I have lots more time to look at your art. aew