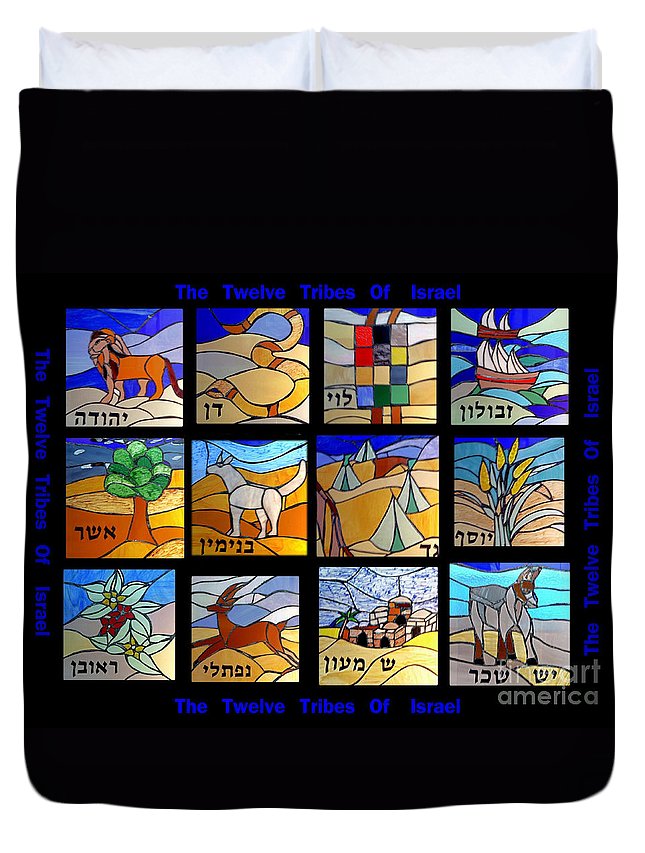 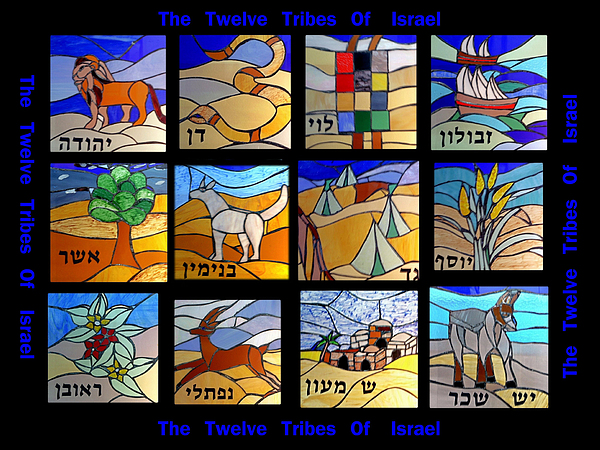 Boundary: Bleed area may not be visible.

Click and drag to re-position the image, if desired.

The watermark at the lower right corner of the image will not appear on the final product.

The image is near the edges of the product but doesn't cover the entire product.   Some of the background color may appear around the outside edges of the image.

Queen duvet cover (88" x 88") featuring the image "The twelve Tribs of Isral" by Tomi Junger. Our soft microfiber duvet covers are hand sewn and include a hidden zipper for easy washing and assembly. Your selected image is printed on the top surface with a soft white surface underneath. All duvet covers are machine washable with cold water and a mild detergent.

Excellent work. Excellent design and implementation of idea of 12 tribes.

Tomi, This is outstanding work! I also enjoyed reading the description. My grand-nephew's name is Jacob. I will return again to your site on FAA when I have lots more time to look at your art. aew

A collage of the Twelve Tribes of Israel depicted in stained glass. An Israelite is a member of the Twelve Tribes of Israel, descended from the twelve sons of the Biblical patriarch Jacob who was renamed Israel by God in the book of Genesis, 32:28. The Israelites were a group of Hebrews, as described in the Hebrew Bible. According to the Hebrew Bible, the Israelites were the descendants of the children of Jacob, later known as Israel. His twelve male children were Reuben, Simeon, Levi, Judah, Issachar, Zebulun, Dan, Gad, Naphtali, Asher, Joseph, and Benjamin. Twelve tribes of Israel are listed in the Tanakh (Hebrew Bible, Old Testament).